The Heart and the Page

Top 5 Wednesday is a weekly meme hosted by Thoughts on Tomes. Check out the upcoming Top 5 topics on the Goodreads group! This weeks theme is Inaccurate Book Covers, where you can showcase all those books that lie buried in your bookcase and will remain so, because they are too fugly to be seen by innocent eyes. So, without further ado….

1. Transformation by Carol  Berg. If you’ve been following my posts for a bit, you might already know how much I HATE THIS COVER. To the point where my copy at home actually has duct tape over it. Because I’d rather look at that than this half-naked man with green wings and a perplexed expression. WHAT WERE YOU THINKING BERG?

3. Ill-Made Mute by Cecilia Dart-Thornton. Here we see a preview for a “What Not to Wear” episode. Seriously, is that a burlap sack? Knowing that the book is backed by a lot of Gaelic/Celtic folklore, this cover kind of makes sense. But it makes the book look boring as shit … which I’ll admit it kind of is at times. If you can wade through the heavy prose it’s well worth the read though!

4. Throne of Glass by Sarah J Maas. Thank god this is an old cover because what is this atrocity? Is it about an assassin or a beauty queen?! This chick looks waaaay too innocent to be Celaena. No way is she sassing princes, butchering people with names like Grave, and banging the hottest guy in the castle. Like, nice biceps babe but try again.

5. Winner’s Curse by Marie Rutkoski. **retching noises** Again, beauty queen or badass? What’s with the overly dramatic hand on the brow, oh I fainted nonsense? It took me MONTHS to read this bad boy solely because the cover was like that of the Selection series, except worse. I mean, I like the dress and all but Kestrel sure as hell ain’t no swooning maiden. Show her scheming or plotting or at least doing SOMETHING rather than this damsel in distress nonsense. Pretty sure Kestrel can save herself..

And there you have it, folks! I’m sure there’s a bunch of other atrocious covers out there too, so please share your nominations! 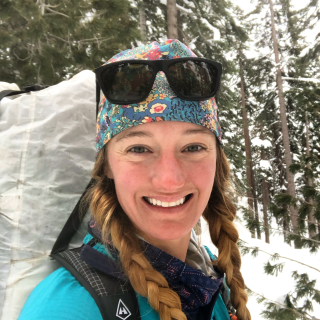 Hello there! I’m Chelsey— writer, yogi, and full-time wanderer. When I’m not writing, reading, or on my mat, you can find me heading for the hills. Be it to climb, ski, bike, or simply take a nap, I adore being out-of-doors.

It's officially winter in Denali National Park ❄❄ Brought some books on my hike yesterday but 50mph winds ruined my reading plans. Got to check out some awesome wolf tracks though! 🐾🐕 . Anyone else like bringing their books on field trips??
One of my favorite books of all time 😍😍 The friendship and growth between Rowan and Aelin gets me every time. .. Frost on the ground when I woke up this morning! Snows coming to Alaska soon ❄❄ Should make for some interesting outdoor photo shoots ...
What took me so long to read this beauty?! After months of reading rave reviews I finally checked this off my TBR 😍 can't wait to read the Dream Thieves!!!
Happy #socksunday everyone! Finally finished Magonia, just in time for the sequel Aerie to come out this week 📚 ... This book was one of the weirdest I've read (birds flying into chest cavities anyone?), but the writing was GORGEOUS. ... Trying to soak up the last of the Alaska sun in my hammock this week 😎🌞
Flew to Seattle for medical appointments yesterday and had a blast taking photos in these gardens. Until one of my books toppled into a pond ... resulted in a daring rescue and a few hours of drying on my rental cars defroster but I think it'll recover 😖😂 . Rereading the TOG series ... trudged through Throne of Glass and can't wait to start Crown of Midnight again📚
Rainy day latte and a book at my favorite coffee shop in town 📚☕ . Currently reading Magonia by Headley and it's sooo weird but I like it so far. The POV is first person and the MC has a great voice 😍
%d bloggers like this: